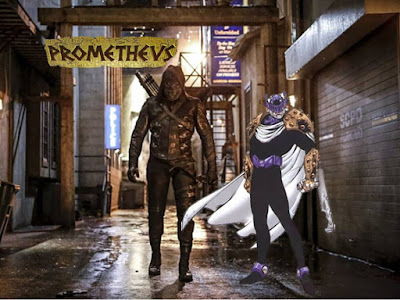 Prometheus is shaping up to be quite the menace to Green Arrow in the CW series, Arrow, but he's been causing problems in the comics for years.

Prometheus was a villain who was a man with a plan.  He started out as the "anti-Batman", but became something so much more dastardly, inflicting pain and suffering on Green Arrow, Star City and the whole DC Universe. 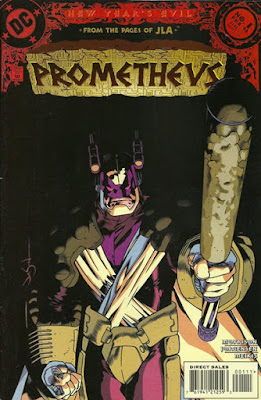 Prometheus premiered in Prometheus (Villains) #1 (February, 1998) by Grant Morrison, Arnie Jorgensen and David Meikis (and cover by Jason Pearson) as one of a "fifth week" event, with villains as the focal point of a title.

Prometheus lured in a new young hero, named Retro, and killed him to take over his identity to get into the JLA's Watchtower on the moon.  Prometheus was a boy when police killed his parents.  The lad used the ill-gotten gains his parents had collected, perfecting his mind and body, as well as eventually gaining access to "The Ghost Zone", an empty realm between dimensions where he build a headquarters and could hide from the law and safely plot against the heroes he hated, coming up with ways to take down even the mightiest of the mighty. 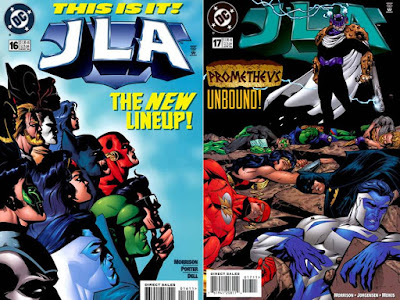 Prometheus' plan unfolded in JLA #16 and #17 (March and April, 1998, by Grant Morrison, Howard Porter, John Dell, Arnie Jorgensen, David Meikis and Mark Pennington) as Prometheus used his plan against the JLA as they introduced their Watchtower and new members to the world.  A bit of luck (and a lady named Catwoman) was enough to stop him, and he ended up in the Ghost Zone in his Crooked House (his home there), making more plans again.

These three tales were reprinted in the JLA: Strength In Numbers tradepaperback of 1998. 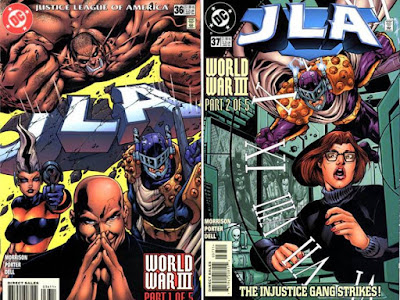 Prometheus returned in JLA #34 (October, 1999) by Grant Morrison, Howard Porter and John Dell, as riots broke out at Belle Reve, with many criminals involved, with Prometheus joining with the General, the Queen Bee and Lex Luthor as an Injustice Gang, who menaced the Justice League in JLA #36 (December, 1999), and JLA #37 to #40 (2000), with Prometheus taking out the JLA's Oracle, facing Batman again and after being defeated, nearly being killed by the Huntress (which puts a rift between her and Batman, as he kicks her off the team).

These issues are all reprinted in the JLA: World War III tradepaperback of 2001. 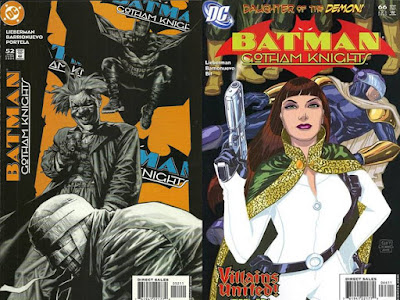 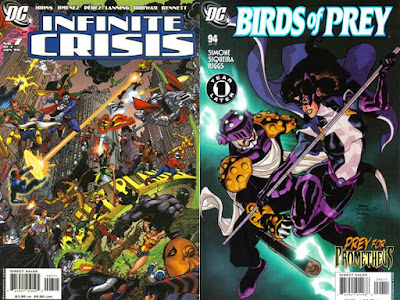 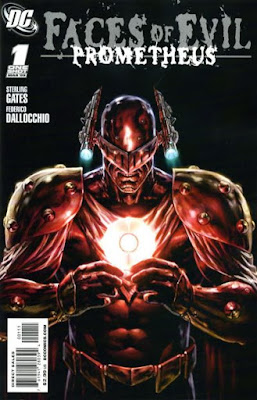 Prometheus' true face was revealed in Faces Of Evil: Prometheus #1 (March, 2009, by Sterling Gates and Federico Dallocchio, and a cover by Mauro Cascioli), as we found out all the appearances of Prometheus since the JLA World War III story weren't the original, just his protege, Chad Graham.  The original (still unnamed) had been reduced to a vegetative state by Batman and the Martian Manhunter, figuring only the prison of his own mind could hold him, and with Martian Manhunter's death at the hands of Libra during Final Crisis, the blocks holding his mind at bay faded.  The original Prometheus tracked down Chad, killing him for the damage done to his reputation, as well as attacking members of the hero group, Blood Pack (this time around, Argus, Anima and Gunfire), severely injuring and killing them as well. 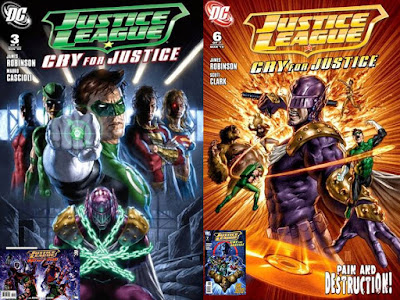 Prometheus decided to get revenge on all the Justice League for the indignities he suffered in the 7 issue mini-series Justice League: Cry For Justice (September, 2009 to April, 2010 by James Robinson, Mauro Cascioli and Scott Clark), killing more heroes like Freedom Beast, the Tasmanian Devil and Gloss, maiming Arsenal (Roy Harper), and attacking so many more (including Supergirl, Atom and others), Prometheus planned to attack the home cities of the heroes (like Central City, Opal City, Fawcett City, St. Roch and Star City) with "time-bombs" that will strand the cities in the past or the future.  Prometheus successfully destroys part of Star City, killing Arsenal's daughter, Lian in the process.  The heroes do eventually catch Prometheus, with the peaceful Donna Troy (formerly Troia and Wonder Girl) violently taking him down, but catching him wasn't good enough for Green Arrow, who wanted a more final, fatal  justice..... 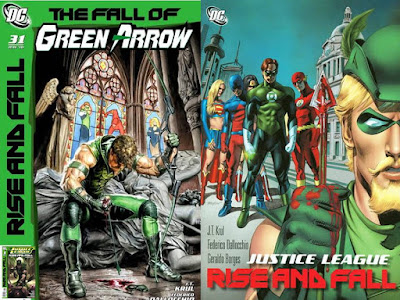 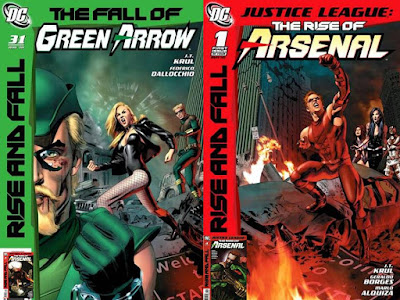 Perhaps Prometheus won, splitting Green Arrow and Black Canary, as well as damaging the reputation of the heroes, with Green Arrow's harsh actions (and Arsenal slipping off the deep end....).
Posted by Dave's Not Here Comic Blog at 3:59 AM