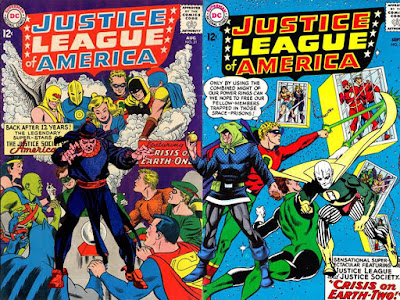 The villains known as the Crime Champions had beginnings on two Earths, and started working together in Justice League of America #21 (August, 1963) with the "Crisis On Earth-One" by Gardner Fox, Mike Sekowsky and Bernard Sachs. 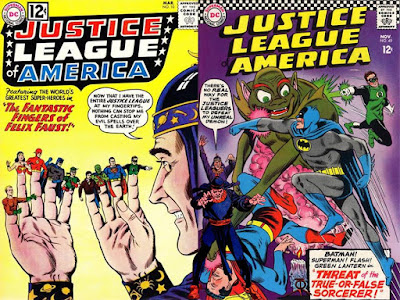 Felix Faust premiered in Justice League of America #10 (March, 1962) by Gardner Fox, Mike Sekowsky and Bernard Sachs, wielding "The Fantastic Fingers Of Felix Faust" (basically, a magic user).  The sorcerer used the Justice League to gather 3 mystic items (the Red Jar of Calythos, the Green Bell of Uthool, and the Silver Wheel of Nyorlath) to free the demons Abnegazar, Rath and Ghast.  Though Faust failed here, Felix Faust continued to vex the JLA over the years (first in Justice League of America #49 of November, 1966), as well as the Outsiders, later. 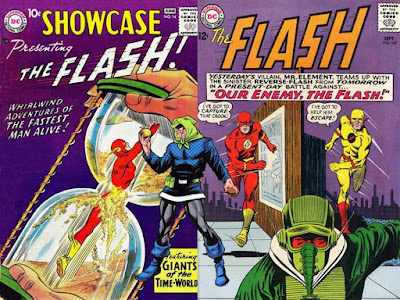 Dr. Alchemy first appeared in Showcase #14 (May-June, 1958 by John Broome, Carmine Infantino and Frank Giacoia), facing off against the Flash using his Philosopher's Stone to magically transmute elements as "The Man Who Changed The Earth".  But, Albert Desmond had faced the Flash in Showcase #13 (March-April, 1958) as Mr. Element, who used scientific knowledge of chemicals to battle the Flash.  Albert returned a few times to fight the Flash over the years, sometimes mostly as Mr. Element (starting with Flash #147 of September, 1964), but a few times as Dr. Alchemy, at least until a new Dr. Alchemy took over for a time (Alvin Desmond, not Albert; and Albert's Dr. Alchemy faced Flash as well, and was a member of the Crime Champions during their later return, then faced Blue Beetle as well). 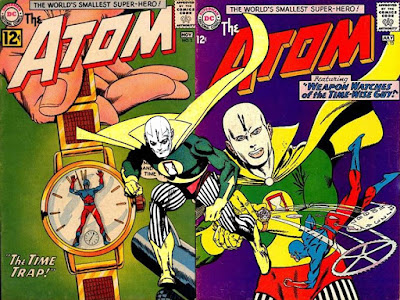 David Clinton started his criminal career as Chronos, a foe of the Atom with a clock motif in Atom #3 (October-November, 1962 by Gardner Fox, Gil Kane and Murphy Anderson) fighting with the mighty mite in his home of Ivy Town.  These battles continue on and off over the years (after the first meeting with the Crime Champions, starting in the Atom #13 of June-July, 1964), and Chronos also perfects time travel technology, fighting with many other members of the Justice League and more, as a member of the Injustice Gang of the World, the Secret Society of Super-Villains, the Suicide Squad and more. 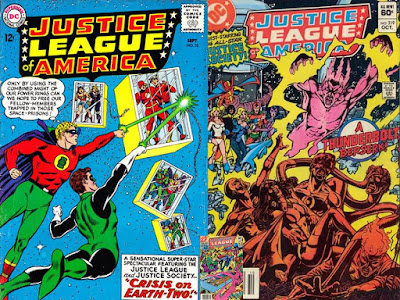