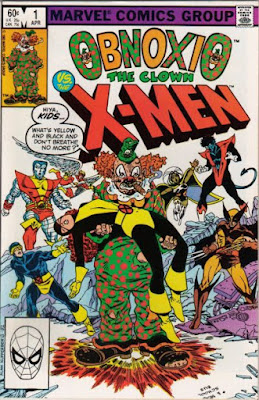 What's more appropriate on April Fool's Day than a clown?


How about Obnoxio the Clown killing the X-Men?


Yes, this was a real comic in the 1980s at the height of the X-Men comic craze.

The comic, Obnoxio The Clown (April, 1983) was written and drawn by Alan Kupperberg, with the nasty, cigar-smoking clown giving the X-Men trouble, all the while facing off against Eye Scream (a villain that turns into ice cream.  No, really....). 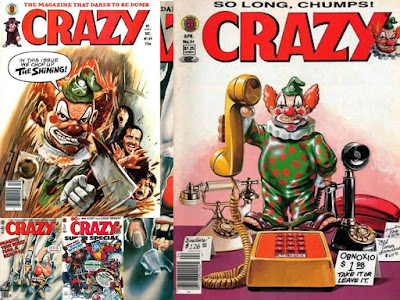 Obnoxio was a mascot and feature in Marvel's Crazy Magazine, which parodied movies and comics of the time, at least until the magazine ended in April, 1983 with it's 94th issue.
Posted by Dave's Not Here Comic Blog at 4:44 AM